Great experiences are met one interaction at a time.

SCROLL TO GET STARTED

20-plus years’ longstanding engagements with both association and commercial partners – not excluding a host of Fortune 500 companies – puts Tactis in a unique position to make a difference no matter the industry vertical, no matter the charge. 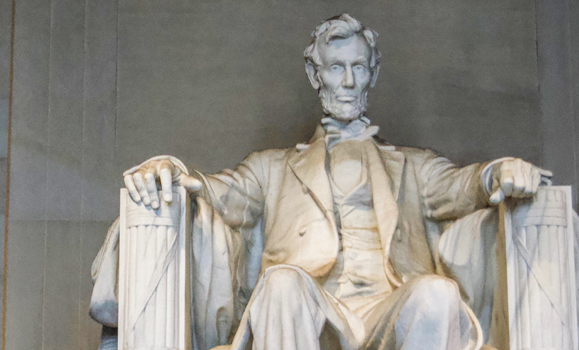 We are an omni-channel customer experience agency that integrates human touch to create outcomes that matter. Our services include:

We orchestrate solutions across channels to ensure there is a consistent customer experience regardless of the touchpoint with your audience.

We implement AI data-driven solutions that drive personalization and help find the game-changing insights across all your data sets.

We design intelligent self-service solutions that ensure that your users have access to always-on services that reduce the need for human intervention.

We staff smart contact centers with skilled agents who can provide thoughtful solutions to novel situations that call for a human touch.

Bureau of Land Management (BLM)
How stepping up from one CMS to another led to a giant leap in innovative thinking.
BLM Case Study 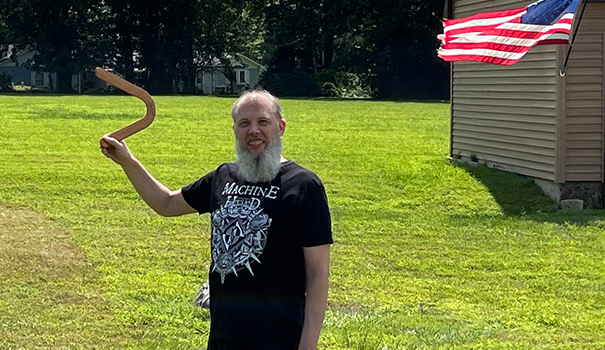 Blog
The Apple Doesn’t Fall Far From the Tree

In the heart of every agency, far away from the gilded boardrooms, there’s a quiet place where the backbone of every website is built. It is the invisible part of the agency, just as the backend is the invisible part of any website. It is where the unsung heroes reside. It is there that you will find Scott Perry, Tactis’s longest tenured employee, now in his twelfth year. His job, one of the most important in the functioning of any user experience agency, doesn’t have a ‘C’ in the title. Nor does it belong to any suite. It is simply Senior Full Stack Developer and can be described thus: A web developer who works with the ‘full stack’ of web technologies that power websites. To put it plainly, it involves writing code for the underlying technologies that make a website work – that make it tick, in fact – such as querying databases, processing data, and so much more.

As a young boy growing up in Towson, Maryland, Scott had no inkling about a future life as a backend person, let alone as someone for whom computers would take center stage. In fact, as a young person, despite his love for computers, he was scared that if he worked with computers professionally one day then he would not like them anymore. It is not clear how the Perry family came about a computer, or even what inspired them to become early adopters, but around the time that Scott was 11 years old, his mother came home with an Apple II computer, a novel device in those days. This 8-bit home computer was one of the world’s first highly successful mass-produced microcomputer products, designed by Steve Wozniak (Steve Jobs was left to the less prestigious task of designing the foam molded plastic case). In fact, one early Apple II print ad shows a naked man standing in what looks like The Garden of Eden with a cumbersome Apple II computer strategically placed over his nether regions. WE’RE LOOKING FOR THE MOST ORIGINAL USE OF AN APPLE SINCE ADAM, read the headline. The ad was actually a competition which asked users of the Apple II to ‘write in’ (this was before email) and describe the most original uses of the Apple computer. Had Scott seen the ad and written in, he might have won.

Scott knew only one other person who owned a computer. In those early days he was doing anything he could on the device. Says Perry, “At that time you could know everything [about computers] because there was a small amount to know, I would check out all the software, I played with spreadsheets, I played games written by somebody else," which is, in itself, a funny thing to say. Of course, he was sharing his computer with his mother. She was the one in the family who liked computers. Dad, an engineer for a large Baltimore energy company, wasn’t interested and, according to Perry, is still not.

When his mother came home with the computer in 1981, he thought “this is really cool, I can’t wait to play around with this gadget.” Admittedly, there was a computer class at school – sort of – and a lab, but according to Perry, “we weren’t in there a lot, we weren’t doing a lot.” But then two things happened. There was a local group called the Apple Core that had weekly meetings at the Towson library, and Scott began to attend these meetings with his mom. At around the same time – 7th or 8th grade – Scott had a Spanish project at school and instead of your run-of-the-mill cultural appreciation project like colorful alebrijes, young Scott was able to borrow a voice synthesizer from someone at his Apple Core group and made a little project that allowed him to walk around and talk in Spanish. Needless to say, Señor Perry got an A. This was at Dumbarton Middle School, two blocks north of the City Line.

As time passed, Scott increasingly became someone who lived in the world of computers. He chose not to partake in any extracurricular activities whatsoever, and especially not sport. If the Apple II had brought with it the allure of forbidden fruit, it was when at sixteen, his mother came home with a modem, that he was really given the keys to the orchard.

The Code to Happiness

Scott attended Towson High School, and when not programming Spanish projects, he programmed his own little games. “Space Invaders type of thing,” says Perry, “most of it wasn’t to achieve a goal, it was just to learn something.” In the final year of high school, Scott decided that he wanted to become a chemical engineer based on the misguided idea that working with computers would make him hate them. However, he had zero knowledge about chemical engineering at that stage, and no real desire to be one. So, off he went to the University of Maryland College Park to study something he wouldn’t hate in the fear of hating something he loved, and after one semester disposed of the crazy chemical engineering idea and switched to computer science. It was then that he realized that he would not, in fact, hate computers, even if he had to do it as a job.

Perry’s first job was an Assistant Administrator or Helpdesk Person for small ISP in West Prince George’s County. His second job was for a start-up a lot like Blue Water, Tactis’s precursor. His third job was for a magazine publisher where he performed all kinds of internal projects. Not surprising, it took a while for him to find his feet. The job title of Full Stack Developer had, after all, not been invented yet. But it was Perry’s fourth job where he found his home. Skimming through Craigslist one day, he stumbled upon a listing for a position at Blue Water, the company that would later become Tactis.

Today, Scott’s job entails a mixture of new buildouts and existing maintenance for an array of impressive accounts, both government and commercial. Scott is a Drupal expert too, and is proficient in both PHP, the home language of Drupal, and JAVA. He has, as a result, participated in countless Drupal upgrades and knows the open-source content management system like the back of his hand, as do all Tactis developers, having started with Drupal 5.

As someone concerned with the inner workings of websites, Perry keeps his own inner workings shipshape by employing a standing desk and treadmill. His backdrop, as he forges ahead in one spot, is heavy metal, which he listens to religiously while working, in particular the heavy metal band, Lamb of God, also known as LOG, which, should the volume not be turned down, might send a shiver down the spine of all those who work in his sanctum. He no longer owns the Apple II, these days a relic of the past. And, when not working, he still plays games, but no longer ones he has himself created. When not solving Drupal issues, you will find him in the Hall of Heroes, in a multiplayer online role-playing game called Guild Wars. To this day, Scott doesn’t know what possessed his mom, Merry, to come home with a computer at a time when a bicycle would have sufficed, but she was super proud of what he has achieved. Either way, as the influence of his mom’s Apple II can attest, the apple doesn’t fall far from the tree.

As a full lifecycle customer experience agency working for organizations across all points of communication, combining human touch with digital expertise to create outcomes that matter, Tactis delivers high-touch solutions that span marketing, technology, and human interactions. Through leveraging data and embracing technology, Tactis generates transformational customer experiences that ensure that both Federal government and Commercial entities own the high-expectation, high-attention moments from which truly human experiences can emerge.